Learn the craft behind writing cinematic stories from
the acclaimed screenwriter of the “Sacred Games” series, Dhruv Narang.

Unherd and Tulsea in association with Dhruv Narang is offering a few students (13-25-year-olds) in India an opportunity to learn about screenwriting as a career.

Learn the essential elements of storytelling for Films and Television through a hands-on curriculum designed by screenwriter Dhruv Narang himself. In this exclusive mentorship, Dhruv plans on sharing his knowledge and skills to help students make an informed career decision!

Interact exclusively with screenwriter Dhruv Narang to get introduced to the work-life of a screenwriter. Be career informed about the pay scale, work expectations, and much more.

Unlock different aspects of creative writing for the screen with hands-on writing exercises and exclusive feedback from Dhruv Narang himself.

The award-winning screenwriter teaches his approach to storytelling in his online class to help you develop original ideas, bring life to your characters, and craft compelling stories.

The certified Mentorship will make you confident about your potential and arm you with tools to help hone your skills for a future in writing.

Fill up the application form

Based on your application,
and interview round
5

To write a screenplay with your Mentor, Dhruv Narang.

Dhruv is an Indian screenwriter, born into an Air Force family. Growing up, he lived all over the country and graduated with a degree in Psychology and then studied Rural Management. He worked with tribal and farming communities in Kerala and Madhya Pradesh for about three years before moving to Mumbai to become a screenplay writer and filmmaker. He then joined AIB First Draft, a residency program for screenwriters, following which he started working on Gormint, an Amazon Prime Show produced by OML. He is widely recognized for working on Sacred Games Season 2, for which he recently bagged the SWA Award for Web Series – Best Adaptation. Dhruv is currently working on an upcoming Amazon series and he is also developing his original series idea.

In this exclusive online mentorship, Dhruv plans on sharing his knowledge, journey, and skills that will help students in making an informed career decision – an experience Dhruv wishes he had when in school.

Mentorship is planned online from April 12th to April 22nd, 4 PM to 5:30 PM IST.
Program to be conducted once 30 students are confirmed. The total duration of the Mentorship Class will be 6 hours spread across 2 weeks.

What is the program fee?

The fee for the certified Mentorship in Screenwriting is Rs. 2850/-. A 100% scholarship will be awarded to a student based on financial need and genuine interest in the program. The decision on scholarship solely lies on the selection team. For more details on financial help, please write to: contact@unherd.in.

This mentorship is an exclusive mentorship with limited seating per class, made better through online delivery and an intensive curriculum designed by an experienced industry professional. A minimal fee is charged to sustain ourselves, pay our staff for the maintenance of our organization, and to the mentors who invest significant effort and time in conducting personalized training for you.

Tulsea is a strategic talent and content management company, based in Mumbai and Los Angeles, that represents India’s leading content creators. It is focused on supporting and enabling established talent while simultaneously nurturing promising young talent to become the stars of tomorrow. Tulsea’s clients are engaged in high-quality content across feature films, digital series, and emerging new media.
Through this partnership, Tulsea is working with Unherd as a resource partner to build a pipeline of talent in the creative industry by providing students with access to industry mentors, skill-training, and career counseling. 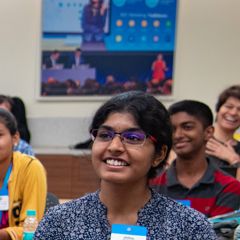 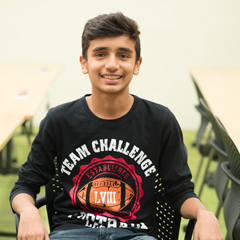 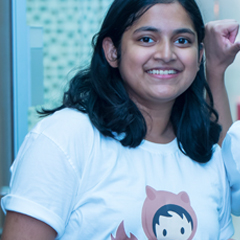